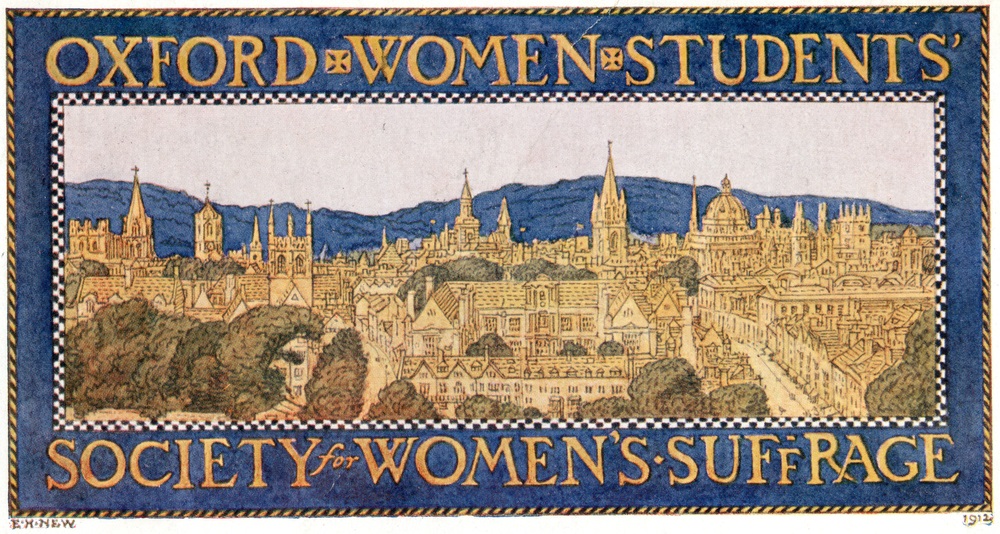 In 1911, the suffrage societies at the women’s colleges combined to form the Oxford Women Students’ Society for Women’s Suffrage (OWSSWS). Like the Oxford Society for Women’s Suffrage, they were also allied to the National Union of Women’s Suffrage Societies (NUWSS). The society catered for current and former students who joined it in demonstrations and processions in London, often carrying a beautiful banner which had been designed by Edmund New (see image above).1 All the women’s societies contributed to the cost of producing the banner, and individual women including Annie Rogers and Helena Deneke made personal contributions to the fund. The OWSSWS banner was carried for the first time in the 1911 Coronation Procession and later during the Great Pilgrimage of 1913, a six-week national suffrage march which ended with a rally in Hyde Park. Pilgrims marched through Oxford in July, joined in Summertown by local suffragists, two of whom carried the ‘heavy magnificent’ OWSSWS banner.

[1] Please note that a 2018 recreation of this suffrage banner hangs in the foyer of St Hugh’s College.