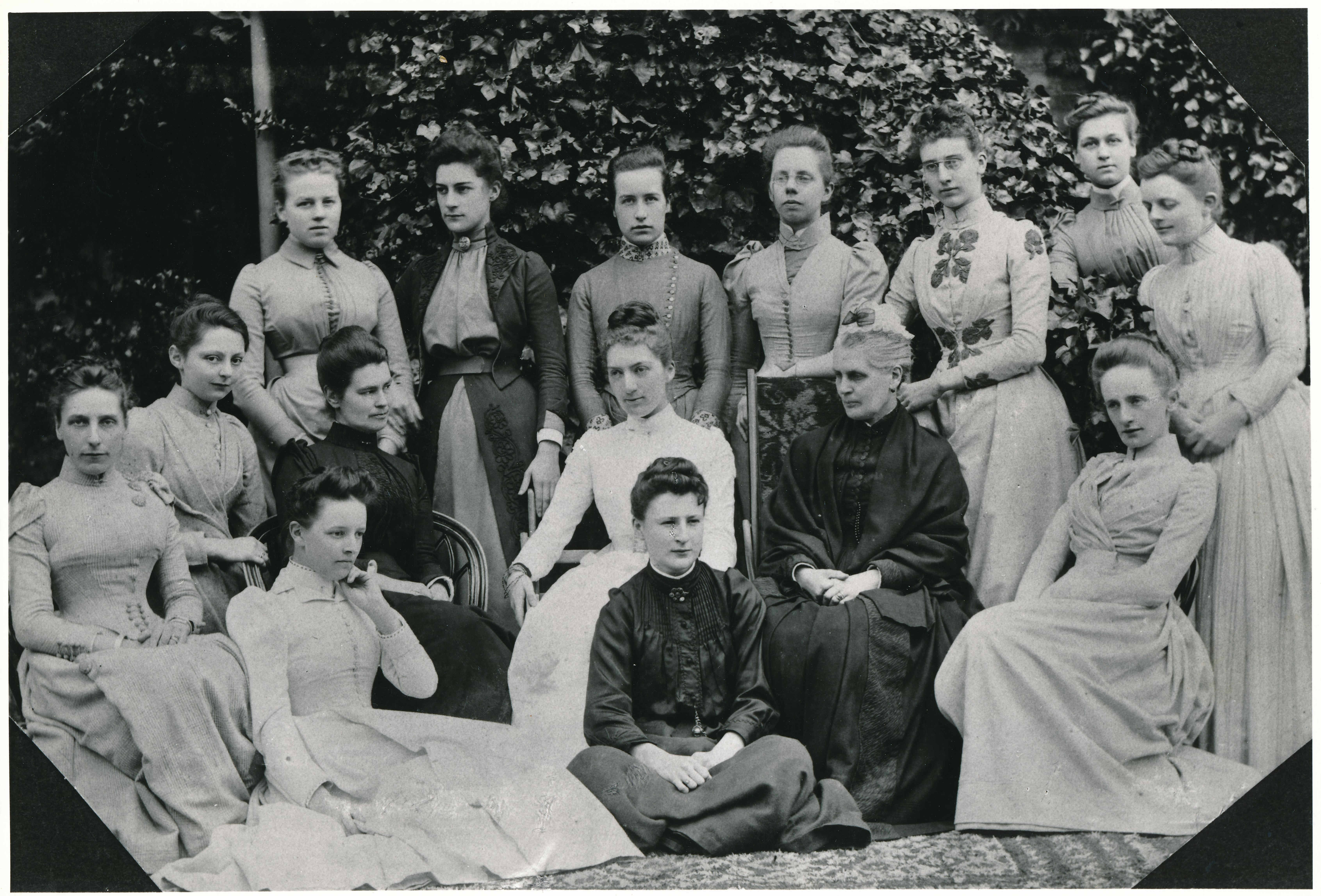 In a letter to The Guardian in May 1886, Elizabeth Wordsworth, Principal of Lady Margaret Hall (LMH), announced her intention of opening a:

'small home-like house' for young women who wished to study in Oxford but who found 'the charges at the present Halls at Oxford and Cambridge . . . beyond their means'.1

These students would follow the same academic course as those at the two existing women’s colleges in Oxford but for lower fees, economy being achieved by frugal living and smaller accommodation. Miss Wordsworth named the new Hall after St Hugh of Avalon as a tribute to her father, who, like St Hugh, had been Bishop of Lincoln.

In 1886, she also appointed Annie Moberly as first Principal - the two had probably met when Miss Wordsworth's brother succeeded Miss Moberly's father as Bishop of Salisbury. Miss Wordsworth seems to have seen the post as one of housekeeper but Miss Moberly clearly saw herself as more of a Principal of a college, albeit an embryonic one. She was to a large extent responsible for the transformation of St Hugh's from a small private hall of residence into a thriving college.

Four students registered at St Hugh's in 1886 and lived in a semi-detached house at 25 Norham Road. Students paid £45 a year for board and lodging at St Hugh’s which was £15 less than Somerville, and £30 less than LMH. A large percentage of the young women who came to St Hugh's in the early years were the daughters of clergymen, most of the other fathers were professional, middle-class men. More than half of St Hugh’s students went on to work as schoolteachers and headmistresses. In 1887, Miss Wordsworth rented 24 Norham Road and the number of St Hugh's students rose to ten. Then, in 1888, she bought the leasehold of 17 Norham Gardens which could accommodate twelve or thirteen students; a new wing was added to it in 1892, housing a further twelve students.  By 1910 there were 42 students at St Hugh's, living in five North Oxford houses and taught by seven tutors. The College began the move to its current site on St Margaret’s Road in 1915 and accommodated students and staff there from January 1916.