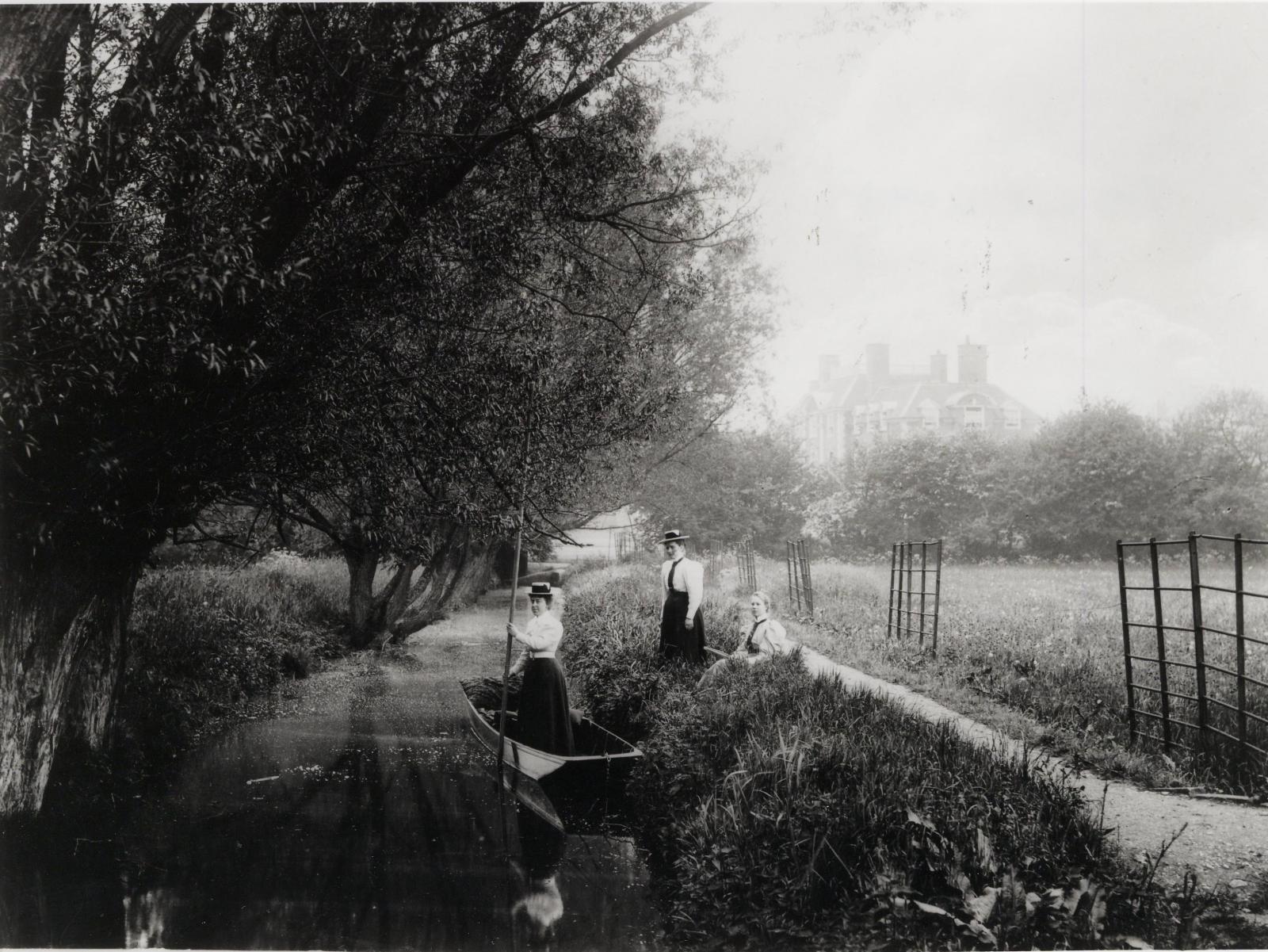 The Association for Promoting the Higher Education of Women

The Association for Promoting the Education of Women in Oxford (known as the AEW) was first proposed at a meeting held at Keble College in June 1878. An association was subsequently established and a provisional committee appointed. At a meeting at Jesus College on the 22 June 1878, G. G Bradley (Master of University College) was appointed the first president of the organisation.

The AEW was a centralised, united organisation that was founded to:

It was originally responsible for all aspects of women’s education in Oxford because, at this time, the women’s halls were purely residential.

The AEW was largely composed of members of the University, but had no legal or statutory relation to the University (apart from the one member of the AEW who was appointed by the Hebdomadal Council). The Association collected fees for lectures, set up tutorials and course lectures, provided chaperones for women attending lectures, hired lecturers and enforced rules and regulations. The AEW also established subsidiary schemes for women’s education, including a correspondence course (1882) and a teacher-training scheme (1887).

The AEW also became the parent body which oversaw Oxford Home-Students - those women students who did not wish to live in halls of residence. From 1889, an annual report and calendar were published by the Association and all students were entered onto the books of both their own colleges and the AEW. In 1892, the AEW secured an office space in the Clarendon Building and by 1895, the building also housed the Nettleship Library - a reading and lending library, founded in memory of Professor Henry Nettleship. It was open to all registered students.

By 1910, the role of the AEW changed with the establishment of a Delegacy for Women Students, which officially recognised the existence of women students, the four women’s halls and the Home-Students. The Delegacy for Women Students effectively took over the key functions of the AEW, but the AEW remained an independent body that operated from the basement of the Clarendon Building (as did the Delegacy) until 1920.

Lady Margaret Hall (LMH) was founded in 1878 after Edward Talbot (Warden of Keble) and Lavinia Talbot, promoter of women’s education, chaired a meeting in Keble College where it was decided to establish:

‘A Small Hall or Hostel in Connection with the Church of England for the reception of women desirous of availing themselves of the special advantages which Oxford offer for higher education’.2

In November 1878, Edward Talbot and an early institutional council chose Elizabeth Wordsworth to be the Principal of the first higher educational institution open to women in Oxford. The great-niece of poet William, Elizabeth Wordsworth was steadfast in her High Anglicanism and a perfect fit for the council. Elizabeth Wordsworth suggested naming the Hall after Lady Margaret Beaufort, Countess of Richmond, mother of Henry VII and a noble patron of learning. The first nine students took up residence in the white villa house at the northern tip of Norham Gardens in October 1879. This house, which was leased from St John’s College, became known as Old Hall. The site allowed for further expansion as the original white house proved inadequate for the growing number of students. By 1892 the number of students had grown to forty-one and by 1902, it was fifty-four. Consequently, LMH extended its development to include a new Wordsworth Building and the Toynbee Building.